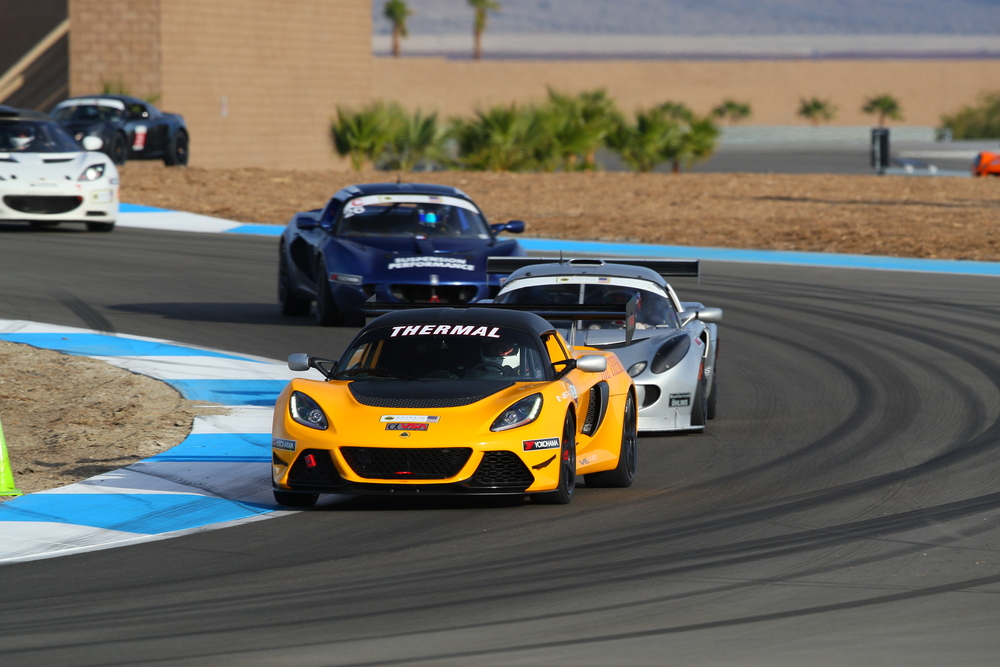 At the final race of the 2015 Lotus Cup USA season,  Kevin Woods, the newly-crowned production class champion, led the class for the entire race once again, and also finished ahead of all Cup cars. Watch the video of Kevin’s thrilling pass of an Evora V6, just 45 seconds into the race.

Brandon Sloan drove a fine race, battling back and forth with Mike Reynolds in the Cup class, and placed second in Production, just 5 seconds behind Mike.